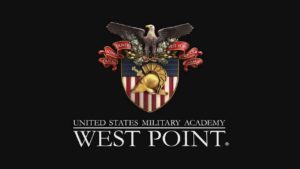 United States Military Academy at West Point appears on our list of 10 Tuition-Free Colleges Where You Can Earn Your Psychology Degree.

At the United States Military Academy, also known colloquially as “West Point,” students combine military discipline and training with a world-class education. Psychology is just one of the subjects they can study.

Students choose from two tracks: Applied General Psychology and Organizational and Psychology and Leadership. Both tracks focus not only on traditional study and research but also heavily on the psychology and mental state of soldiers in various situations both on and off the battlefield.

The United States Military Academy was founded in 1802. Since then, its commitment to excellence has trained thousands of officers for the service of their country. Notable alumni include Dwight David Eisenhower, Ulysses Simpson Grant, and Douglas MacArthur.

Currently, fewer than 5,000 cadets attend this oldest continuously occupied military post in North America. Engineering has always been at the forefront of the education at West Point, and its graduates were largely responsible for many of the public works projects from the Jefferson Administration an onward.

West Point currently holds the No. 18 rank among National Liberal Arts Colleges as reported by U.S. News and World Report. The psychology department is very strong at West Point, as well, and its rank for training eventual high-school counselors is No. 2. Most impressive of all, it is the No. 1 Public School in the country.

West Point is among the most selective schools in the country, too, as it takes only one in 10 applicants. Class size is very small at West Point, and more than 95 percent of classes have fewer than 20 students.

Because West Point is a military academy that trains cadets not only as students but also as active-duty soldiers, the application requirements differ from almost all other schools. First of all, students must be physically fit to apply. There is a fitness assessment that involves six events, and students only get one shot to pass it.

Students must also conform to Army regulation 600-9, which is the body composition program. Students who do not conform to this requirement risk not only dismissal from the academy but also separation from the armed services entirely. Students must display a “trim, military appearance,” or fix it, or they will not be considered for admittance.

The academic qualifications are no less stringent than the physical qualifications. As stated, West Point only accepts 10 percent of applicants. Students must also pledge eight total years of service in the Army, a minimum of five of which must be active duty.

To be considered for admittance, students must also secure a letter of recommendation from either their representative in Congress or their United States Senator. These people are limited in the number of recommendations they can write each year, so it’s best to contact them ahead of time.

West Point does not accept transfer students at their “year.” Students may decide to go to West Point after having attended another school, but they must begin as freshman, known as plebes at West Point, no matter how long they have attended elsewhere. Students older than 22 years of age on July 1 of the year they plan to attend are ineligible to apply.

Unlike many schools in the 21st century who are moving away from entrance examinations, West Point not only requires either the SAT or the ACT, but it also requires that students take the writing portion of either test. Most schools who require the SAT or ACT do not require the writing portion, so students should definitely prepare differently than they would for other schools.

Many students choose to attend the West Point Military Academy Preparatory School if they don’t feel ready to tackle the academy itself. In some cases, the admissions officer will require that a student attend West Point Prep. West Point Prep focuses on the skills and characteristics students need to attend the academy proper. For example, someone who doesn’t meet the requirements of Army regulation 600-9 might be sent to West Point Prep to get a grounding in the ways of the Army and to lose the excess weight prior to being admitted to the academy.

To find out more, students should speak with both the admissions office and a local recruiter to get the necessary details.

Every West Point cadet receives not only a full scholarship but also room and board, medical coverage, and even a monthly stipend. For that reason, financial aid is irrelevant to West Point students. The stipend that cadets receive is 35 percent of the base pay of a second lieutenant with fewer than two years’ service no matter any prior service. As of December 2018, that was $1,087.80.

Plebes receive an advance of $8,400 so that they may purchase uniforms and other necessary military equipment prior to admittance. They pay back this advance at the rate of $350 monthly for 24 months. If a student separates from the academy or the military itself for any reason, that student can return any items purchased as long as they are in serviceable condition and receive a refund for those items. Students receive a monthly document called the “Leave and Earnings Statement,” or “LES.” This document shows how much the student earned, how much the student still has to pay back, and any accrued leave time.

West Point has been a leading institution of higher education in the United States for more than 200 years. It prepares people for both the rigors of combat and the well-educated service to the United States.