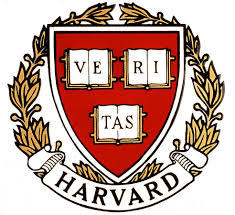 Harvard University appears on our list of 10 Tuition-Free Colleges Where You Can Earn Your Psychology Degree.

The Department of Psychology at Harvard University offers both an undergraduate psychology degree program and several options for graduate students. As one of the top schools in the country, Harvard offers programs that help students study graduate psychology topics at an Ivy League institution. Unlike other colleges that offer a major in psychology, Harvard offers a concentration in psychology. Undergrads must take all general education required classes, but they can select emphasis areas such as general psychology and mind, brain and behavior.

In the undergraduate psychology program, majors take at least 12 credits of psychology courses. The general program features classes such as Science of Living Systems. Students typically take introductory courses in their first years and advanced psychology courses in the following three years. Some of the emphasis areas require that students do a thesis too. This allows them to show their research and writing skills before they finish the program. They have until late in their junior years to submit a thesis proposal and get approval for it. Harvard also offers an honors psychology program, which requires that students do a thesis and maintain a GPA of 3.5 or higher.

Graduate students attending Harvard University must pick from one of four concentrations: clinical science, cognition, brain and behavior, developmental psychology or social psychology. Some of the concentrations work together and allow students to take courses from one discipline and have it count towards their degree requirements. Those classes can include Psychology of Racism, Prejudice and Discrimination, Cognitive and Neural Organization and Individual Counseling and Psychotherapy with Children and Adolescents.

A Doctor of Philosophy in Psychology is also available from the university. It asks students to choose between the common curriculum track and the clinical science track. Those in the clinical science track must enroll in the university’s graduate program and make the transition to the doctoral program, but common curriculum students can enroll in the Ph.D. program later. Harvard offers opportunities for students to work in the on-campus counseling center, which provides help to those struggling in school. They can also do internships and work for other counseling centers and close to the campus. The university also has a post-graduate program for students who have a doctoral degree and want to study psychology.

Harvard University is the oldest university in the United States. Established in 1636, it received a charter in 1850 and offered opportunities to the settlers arriving in the new country. The private university offered training programs in its early years for some of the religious leaders who worked in Massachusetts and along the East Coast. It now has a strong reputation for its admissions process and because it’s one of the most selective schools in the world. Students who attend Harvard typically have a perfect GPA and take AP courses that let them have a GPA of above 3.0. The university also looks for students who have extracurriculars on their resumes, including volunteer work and taking part in high school clubs.

The APA awarded Harvard full accreditation for its doctoral psychology program. This accreditation also covers the fieldwork that students do in the program. Harvard also has regional accreditation from the New England Association of Schools and Colleges (NEASC).

One of the country’s most selective schools is Harvard, which has an acceptance rate of less than 6%. Undergrads can use the Universal College Application, Common Application or Coalition Application, but they must answer all the questions and write the essays required of the university. Students will also provide a school report, transcript, two teacher reports, and an ACT/SAT score. Harvard asks for a midyear school report and a final report and can rescind an acceptance letter based on those reports. The university recommends that students take and submit two SAT subject scores and asks for information from those who earned AP and other exam credits in high school.

Harvard gives future graduate and doctoral psychology students until December 15 to submit their applications. They need to use the Graduate School of Arts and Sciences (GAS) application. The university gives priority to female and minority students who do not typically attend graduate school. Once they complete the application, they will upload their official transcripts to the site and pay a $105 application fee. All prospective Harvard grad students must submit three letters of recommendation and a statement of purpose. They may need to provide a writing sample and a GRE score too.

Graduate and doctoral students pay Harvard $48,008 each year for the first two years they’re in a degree program. The university reduces this rate down to $12,484 for the remaining years the student spends working on a degree. Harvard offers guaranteed funding for Ph.D. students that will cover the first five years they spend in a psychology program. Graduate students can get financial aid, including loans, work study, and grants.

The cost of undergrads comes to more than $69,000 a year, which includes tuition and fees of more than $51,000 a year. Students who submit a FAFSA that shows a combined family income of less than $56,000 a year receive financial aid packages that cover all of their estimated costs. Those who come from families who make up to $150,000 a year receive aid packages that cover all but 10% of their estimated costs. Harvard has a long history of providing students in need with financial aid packages that make college highly affordable. Not only do they qualify for government grants, but they can get grants and scholarships from the university too. Many of the students in the Harvard University psychology and counseling degree programs receive financial aid that covers most or all of their costs without including student loans.