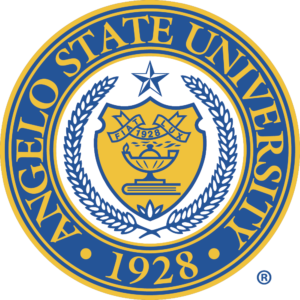 At Angelo State University, the study of psychology is integral to the entire undergraduate program. The Bachelor of Arts and Bachelor of Science degrees in both Psychology and Sociology both emphasize new research techniques and teach students not only about the theories of the past but also new theories that are taking the study of both subjects into uncharted territories.

All of the degrees at the undergraduate level incorporate 120 credit hours. The arts degrees include the study of a foreign language. In the case of Angelo State University, that can be either German, Russian, French, or Spanish. Students in both the arts and science degree paths study both experimental and traditional forms of statistical analysis.

When it comes to the Sociology, the focus is on societal dynamics, and classes include The Family, Population and Ecology, and the Psychology of Juvenile Delinquency. Similar to the Psychology degrees, arts students in Sociology study a foreign language while science track students do not.

At the graduate level, there are four subfields in the study of Psychology: Applied, Counseling, Industrial-Organizational, and Experimental. As an example, the Master of Science in Experimental Psychology requires roughly 40 credit hours to complete. Students may choose either the thesis or nonthesis track.

In 1923, the city of San Angelo, Texas, bid to become the home for the Texas Technological College. It lost. So, the citizens of the city decided that they’d build their own school even if they had to pay for it themselves. By enacting millages, collecting personal contributions, and levying county taxes, they raised enough funds to realize their dream. In 1928, the doors opened at San Angelo Junior College.

Despite all odds, the college survived the beginning of the Great Depression and even dropped the word “junior” from its name. San Angelo College soldiered on. When the original location became too small to house the school, the citizens of the city saw to it that it could move to its present location. Because the taxes were not enough to complete the job, the citizens raised more than $300,000 to get it done.

Throughout the years, the college has expanded and enrolled more students while building up new departments all the time. Today, U.S. News and World Report ranks the college No. 96 in the West Region. The school is fairly selective and admits three in four students who apply. Roughly 10,000 students attend or take online classes.

Angelo State University holds its regional accreditation from the Southern Association of Colleges and Schools Commission on Colleges. Additionally, some of the school’s academic departments have academic accreditation from other organizations, which include the:

Freshmen must have graduated from high school in the top 25 percent of their class to be assured of admission. Students who graduate in the top half of their class, but not the top 25 percent, must achieve either a 17 on the ACT or a 920 on the SAT to be assured admission. Students in the bottom half of their class must pass a file review by an Admissions Board to be considered. Students without class rank, such as home-schooled students, will automatically have a file review. Their classwork will be compared with the mean scores of all freshmen applicants during the year in question, and the review panel will assign a class rank based on that. GED students follow a special procedure and should contact the Office of Admissions for further clarification.

Graduate students in the Psychology program must have a 3.0 GPA in their undergraduate study from a regionally accredited college or university. That degree does not have to be in Psychology, but any student who has fewer than 18 credit hours in Psychology on a transcript is required to complete a separate course that provides the foundations of Psychology. They must also submit an essay.

Students who cannot afford to pay all of the tuition they owe may apply for need-based financial aid through the Free Application for Federal Student Aid. The financial information on the FAFSA governs how much aid the student receives. Need-based aid is grouped into three categories: loans, scholarships, and grants. Most students receive more than one type of aid, and many receive all three in some combination.

Students may also apply for as much private aid as they wish, such as loans from local banks or credit unions and scholarships from private foundations and charities. This aid is usually merit-based rather than need-based, and any such aid awarded will be counted as an asset on the FAFSA, which might reduce the amount of need-based aid the student receives.

Angelo State University arose from the determination of its city’s citizens, and the university fosters that same idea of determination in all of its students.