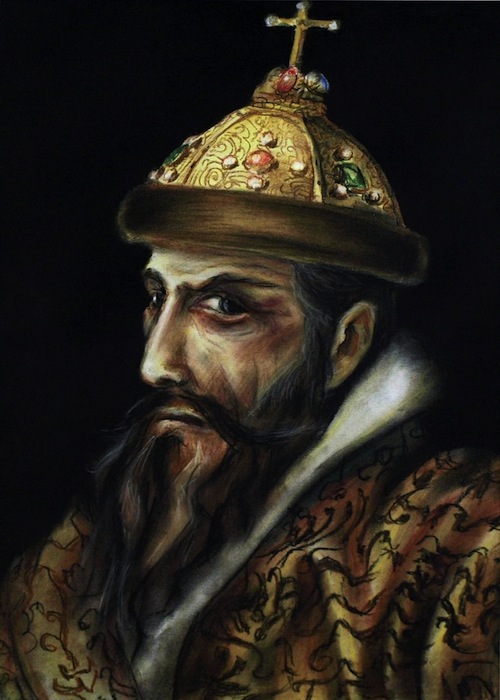 A lot of people fantasize about wearing a crown, living in a castle and having an entire court at their beck and call when they’re growing up. The intrigue, power and prestige surrounding royal life can be an intoxicating form of escapism. On a less fantastical note, despite their power and titles, the following 10 monarchs were not spared from the suffering, confusion and consequences of mental illness. Porphyria, manic depression, mood disorders and even schizophrenia have all severely altered the lives of royals over the ages. Here we take a look at the symptoms, treatments and ramifications of mental illness experienced by 10 “blue-blooded” leaders of European nations, including well-known figures like George III and Ivan the Terrible (pictured above). 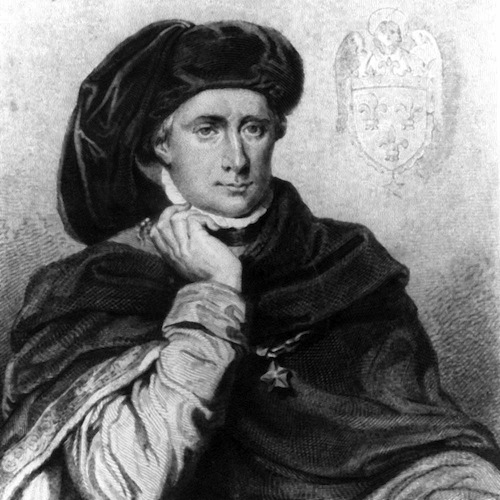 Despite being crowned king in 1380 when he was just 11 years old, Charles didn’t take power until 1388. He was seemingly well-regarded during the early part of his reign, but his moniker “the Beloved” was doomed to change to “the Mad” during its later years.

In 1392, Charles’ close friend and advisor survived an assassination attempt. Although the assassination failed, Charles took the incident to heart, and became fixated on capturing the culprit. While on a campaign, he suddenly turned on his own army, killing several of his knights. He nearly killed his own brother as well.

Over the years, Charles suffered many more episodes. These were characterized by mental lapses and delusions, such as refuting the idea that he had a wife and children, believing that he was St. George and, most notably, insisting that he was made of glass. This last manifestation became known as “glass delusion,” and several instances were cataloged during the late Middle Ages. Charles was subjected to many treatments, but few led to any kind of relief. Many people at the time believed that his maladies were caused by sorcery. 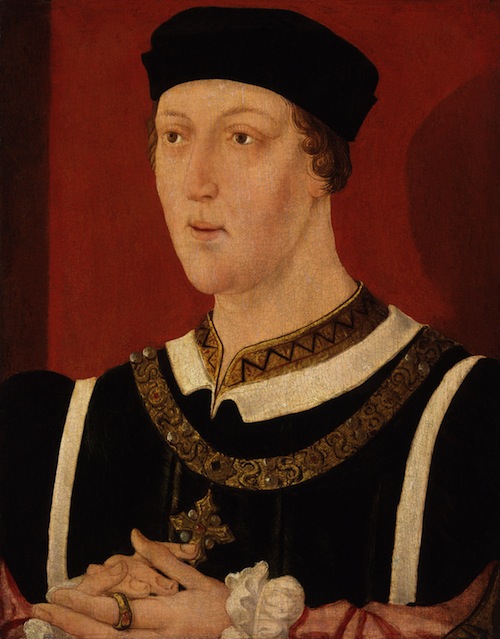 Henry VI was crowned king of England in 1429, and became the French monarch two years later. His reign was fraught with power struggles, war and an ultimate weakening of his authority. Henry had a patchy interest in government and has been described as indecisive, pretentious and overly suspicious. Then, in 1453, Henry experienced a severe mental episode. For over a year he was mute and failed to respond to any stimuli, and when his son and heir was born, he did not recognize him.

Although he recovered to some degree, he later suffered from religious delusions and hallucinations. The War of the Roses broke out in 1455, and the lack of a strong king could have perhaps exacerbated the situation. Dr. Nigel Bark, a professor at the Albert Einstein College of Medicine, argues that Henry’s symptoms suggest that he was suffering from schizophrenia. Ultimately, Henry’s mental health had a wide-ranging impact and Bark says that it “robbed Henry of his personality, his crown, his wife, his only son, and his life.” 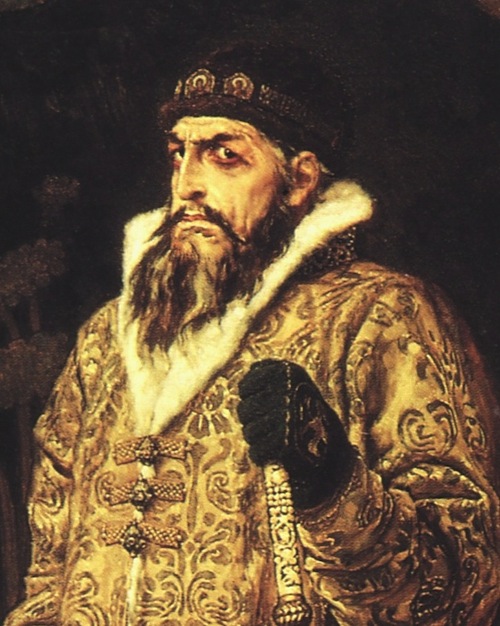 Ivan IV Vasilyevich, better known as Ivan the Terrible, was tsar of Russia from 1547 until his death in 1584. His rule was characterized by advancements such as the introduction of Russia’s first printing press and the country’s first parliament. Still, as well as huge achievements, Ivan was also known for bouts of cruelty and paranoia.

In 1560, Ivan’s wife died, plunging him into a long period of depression. He became deeply mistrustful and was given to exploding with violent rage. He reportedly beat his daughter-in-law so severely that she had a miscarriage. He also beat his son and heir to death. It is suggested that poor mental health triggered his outbursts. However, Quirkyscience.com presents a different theory. Due to the high levels of mercury found in Ivan the Terrible’s exhumed remains, it’s possible that he could have died from mercury poisoning. Symptoms of mercury poisoning tend to worsen over time and can include anxiety, tremors, and changes in demeanor. 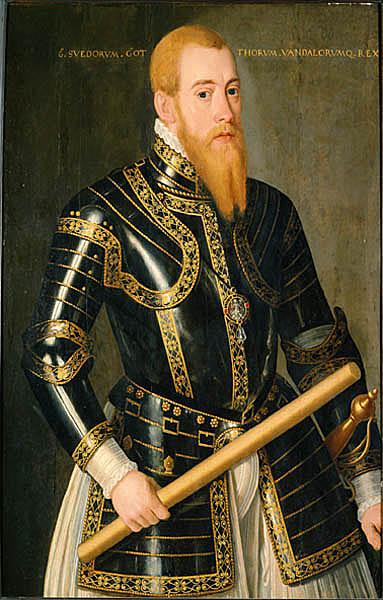 In 1560, Eric XIV became king of Sweden, but throughout his reign he was insecure and became increasingly suspicious of plots against him. As time went on, his paranoia degenerated into symptoms of schizophrenia. He flew into violent rages at the slightest provocation – such as someone coughing or whispering, which he saw as a sign of mockery towards him.

In 1567, things took a turn for the worse when Eric ordered the execution of a number of nobles, one of whom he stabbed to death himself. After spending a few remorseful days in hiding, Eric arranged for a magnificent funeral to honor the very people he had ordered killed. Depression and instability followed, sending the kingdom into further chaos and opening the door for power struggles. Eric was eventually put on trial and charged with ruling tyrannically. He was dethroned and imprisoned for the remainder of his life. He died from suspected arsenic poisoning in 1577. 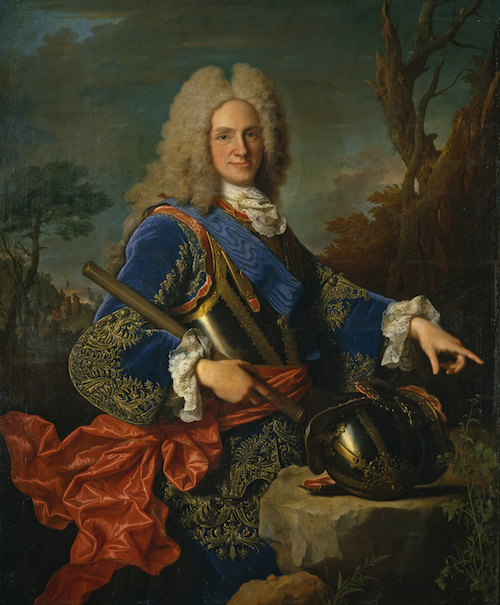 Philip V of Spain reigned from 1700-1746 (excluding a brief period of just under eight months), and his later years were characterised by despondency and bouts of manic depression. Although Philip initially controlled the government, his mental illness eventually left him unfit to rule, with his second wife Elisabeth Farnese essentially ruling for him. One of Philip’s worst episodes occurred in the spring of 1727. He screamed, bit his own arms, refused to implement proper hygiene and became violent. Around this time he even thought he had turned into a frog. During another episode he claimed he was unable to walk because his feet were supposedly different sizes. His wife kept him largely in the dark about government policy and tried to distract him from his illness with music and other pastimes. 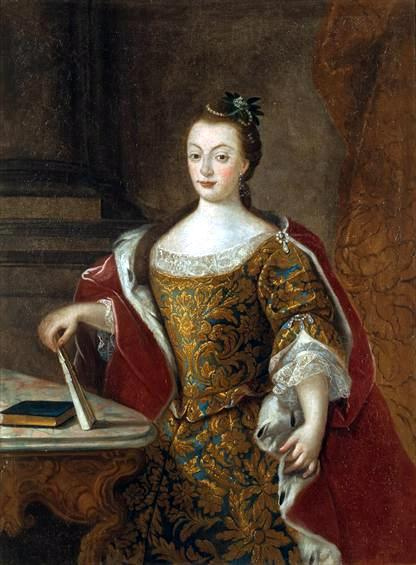 Between 1777 and 1816, Maria I was the queen of Portugal, Brazil and the Algarves. Although her early years as monarch were considered successful, she became incapacitated by mental illness, suffering from religious mania and depression. It is thought that her condition may have been brought on, or worsened, by grief. During a tragic three-year period she lost her husband, two of her children, her confessor and her chief minister. It is also possible that her illness was caused by the genetic disorder porphyria. She was eventually declared mentally insane, her son became regent, and well-known English physician Dr. Francis Willis was summoned to treat her. Willis had previously treated many mentally ill patients at his private hospital in England, but Maria did not improve. She continued to suffer from mental illness – including screaming fits, despondency, difficulty sleeping and nightmares – until her death in 1816.

George III was monarch of Great Britain and Ireland from 1760 till 1820. He suffered several episodes of mental illness during his life, perhaps even as early as 1765. It wasn’t until 1788, however, that he experienced a truly severe case. He is reported to have spoken nonstop for hours on end, to the point that his voice went raspy and he foamed at the mouth.

Dr. Francis Willis (the same doctor who was called upon to treat Maria I of Portugal) encouraged a regime of manual labor and fresh air. Other tactics used by the king’s physicians included restraining George until he was calm and the application of poultices. Initially, Willis’ treatment seemed to work, but the king had several subsequent re-occurrences of mental illness. In 1810, he had a major relapse that doctors were unable to cure and his son took over as regent. George’s condition didn’t improve, and he eventually died in 1820 in poor health. Some historians believe that George’s illness was caused by the genetic illness porphyria. On the other hand, researchers at the University of London studied the king’s letters and believe that there is conclusive evidence that his illness was a psychiatric disorder rather than a genetic one. 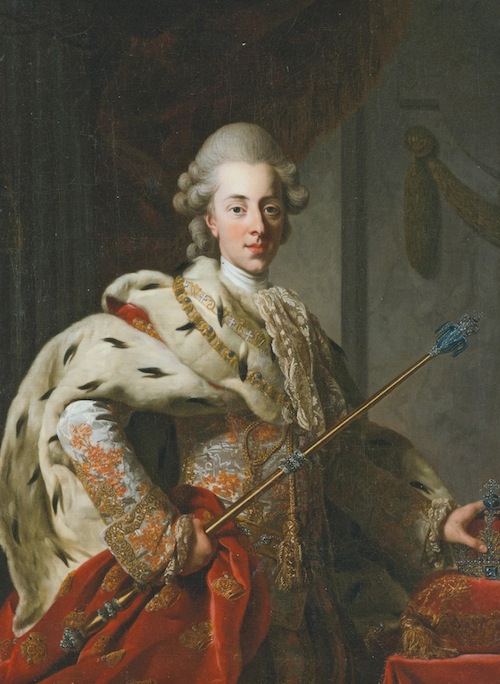 From 1766 until his death in 1808, Christian VII was the king of Denmark and Norway. Although several of the monarchs on this list were able to reign effectively at some point, that isn’t true of Christian. Apparently, he had a difficult childhood and displayed symptoms of mental illness from an early age. Over the years things got worse, escalating to self-mutilation, inappropriately infantile behavior (such as playing leapfrog over the backs of people who bowed to him), violence and delusions. Thought by some historians to have suffered from schizophrenia, Christian was indifferent to both his wife and his responsibilities to his country. During his reign he was mostly king by name only. A physician named Johann Struensee was called to treat Christian. Although his methods initially saw some success, they ultimately failed to find a cure. In 1808, Christian died from a stroke. 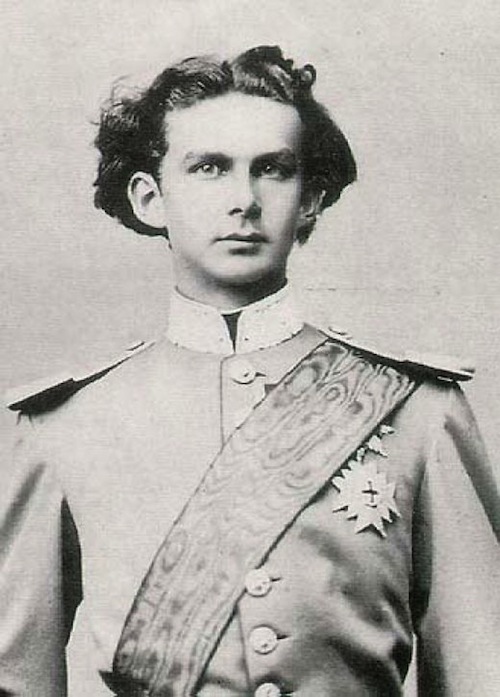 King Ludwig II of Bavaria came to power in 1864. It’s not entirely clear whether he was actually mentally ill or not, as the circumstances and symptoms surrounding his purported madness are clouded by political agendas and his cabinet’s bid for power.

Ludwig was eccentric, gay and reclusive, and some historians have theorized that his mental delusions were caused by the later stages of syphilis. Others claim he had schizophrenia. What is certain is that his cabinet conspired against him. They compiled a laundry list of strange behaviors substantiated by the king’s servants. Four psychiatrists declared Ludwig insane and a victim of paranoia, and therefore unfit to rule. However, they did so without ever examining him. A new regent was appointed in June 1886 and Ludwig died in mysterious circumstances on June 13 that same year, three days after his deposition. 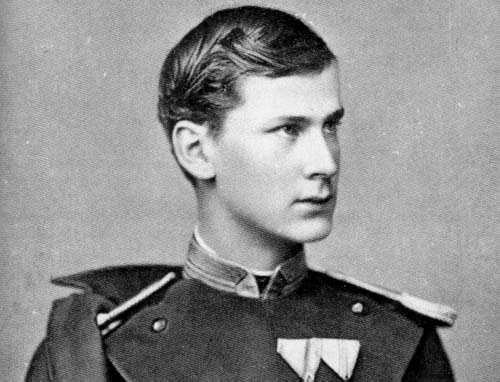 From 1886 until 1913, Ludwig’s younger brother Otto was the monarch of Bavaria. Although he was given the title of “king,” Otto never actually ruled. By the time he assumed the throne his mental illness was already well established. According to an article in The New York Times published in November 1895, Otto was extremely sensitive to light and insisted that all the shutters in his room remained closed. He was described as detached and possessing peculiar pet hates. He had a tendency to swing between apathy and passionate gesticulation, where he would talk to people who weren’t there. Eminent physician Dr. Bernhard von Gudden treated Otto for 14 years. Von Gudden is recognized as an important contributor to the fields of psychiatry and neurology, as well as making notable improvements to mental health treatment, such as his refusal to restrain his patients.